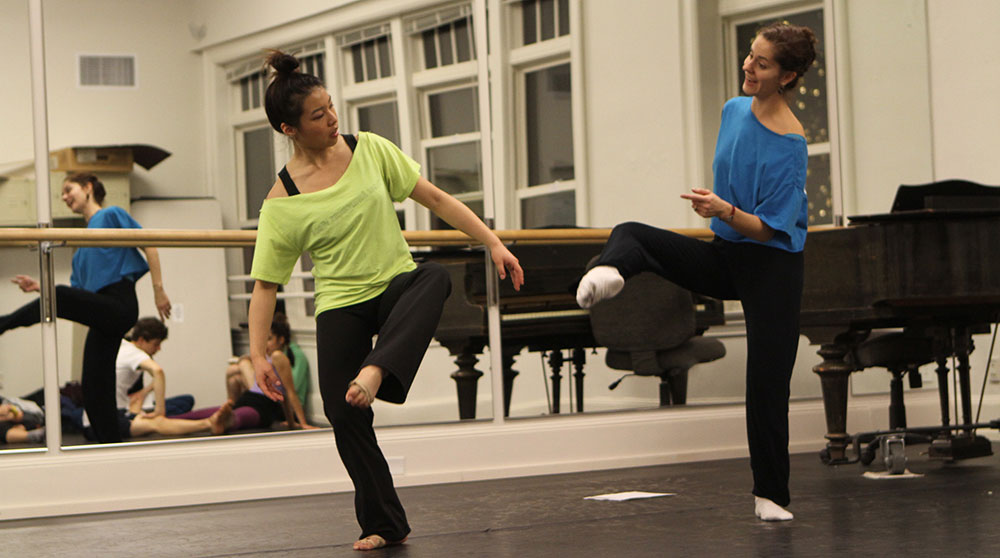 Jennifer Goggans began dancing in her hometown of Owensboro, KY, and continued her studies at the Nutmeg Ballet in Connecticut. She graduated Summa Cum Laude from SUNY Purchase in 2000 and joined the Merce Cunningham Dance Company that same year. Goggans danced with MCDC until the company's planned closure in 2011 and was named Assistant to the Director of Choreography during the company's Legacy Tour. Goggans has been teaching Cunningham Technique since 2005 and has taught master classes and workshops throughout the United States and across the globe. In addition, she has staged various Cunningham works including BIPED for the Bayerisches Staatsballet of Munich as well as the Juilliard School, Cross Currents for the New York Theater Ballet, Verb Ballet and the Augusta Ballet, Un Jour ou Deux and Walkaround Time for the Paris Opera Ballet, and Winterbranch for the Lyon Opera Ballet and Benjamin Millepied's L.A. Dance Project. Goggans has also staged Cunningham work for students at Yale Dance Theater, the Centre National de Dance Contemporaine (CNDC)-Angers, the Frank Sinatra Performing Arts High School and the Beijing Dance Academy. Goggans has performed with the Louisville Ballet, MOMIX, Chantal Yzermans, Christopher Williams, and has appeared as a guest artist with the Bill T. Jones/Arnie Zane Dance Company. She also studied fashion design at New York's Fashion Institute of Technology and has created costumes for Tere O'Connor and RoseAnne Spradlin. She is currently working as the Program Coordinator and faculty member for the Merce Cunningham Trust.