From September 2018 through December 2019, the world celebrated the Centennial of visionary American dance artist Merce Cunningham. During this time, there were some 636 events, most in partnership with the Merce Cunningham Trust. The programs, including performances of 28 of Cunningham's dances, film screenings, research fellowships, book publications, master classes, and workshops and convenings, amongst others, were enjoyed by more than 127,000 people. For a full and detailed report on the Centennial and its activities, download the Centennial Summary Report.
One of the highlights of the celebration was the one-night only three-city Night of 100 Solos: A Centennial Event, which featured some 100 dancers, musicians, and artists in the largest Cunningham Event ever created. Taking place on what would have been Cunningham's 100th birthday, April 16, 2019, and designed to demonstrate the breadth of his work and the viability of its performance by diverse cohorts of dancers, the evening was live-streamed to more than 20,000 viewers around the world. These solos continue to be performed by many of the dancers, each of whom received a two-year free license to perform their solos, along with a pre-approved costume and pre-approved commissioned music for their use with the solos.
The Centennial was generously funded by the Merce Cunningham Trust with major additional funding from the Paul L. Wattis Foundation, the American Express Foundation and Judith Pisar. Additional funding was provided by the The Gladys Krieble Delmas Foundation, the Foundation for Contemporary Arts, Judith R and Alan H Fishman, Molly Davies, Myra Malkin and Barbara Pine.Night of 100 Solos: A Centennial Event was supported with a generous grant by the Howard Gilman Foundation. Centennial Community Programs were supported with a major gift from the Doris Duke Charitable Foundation. 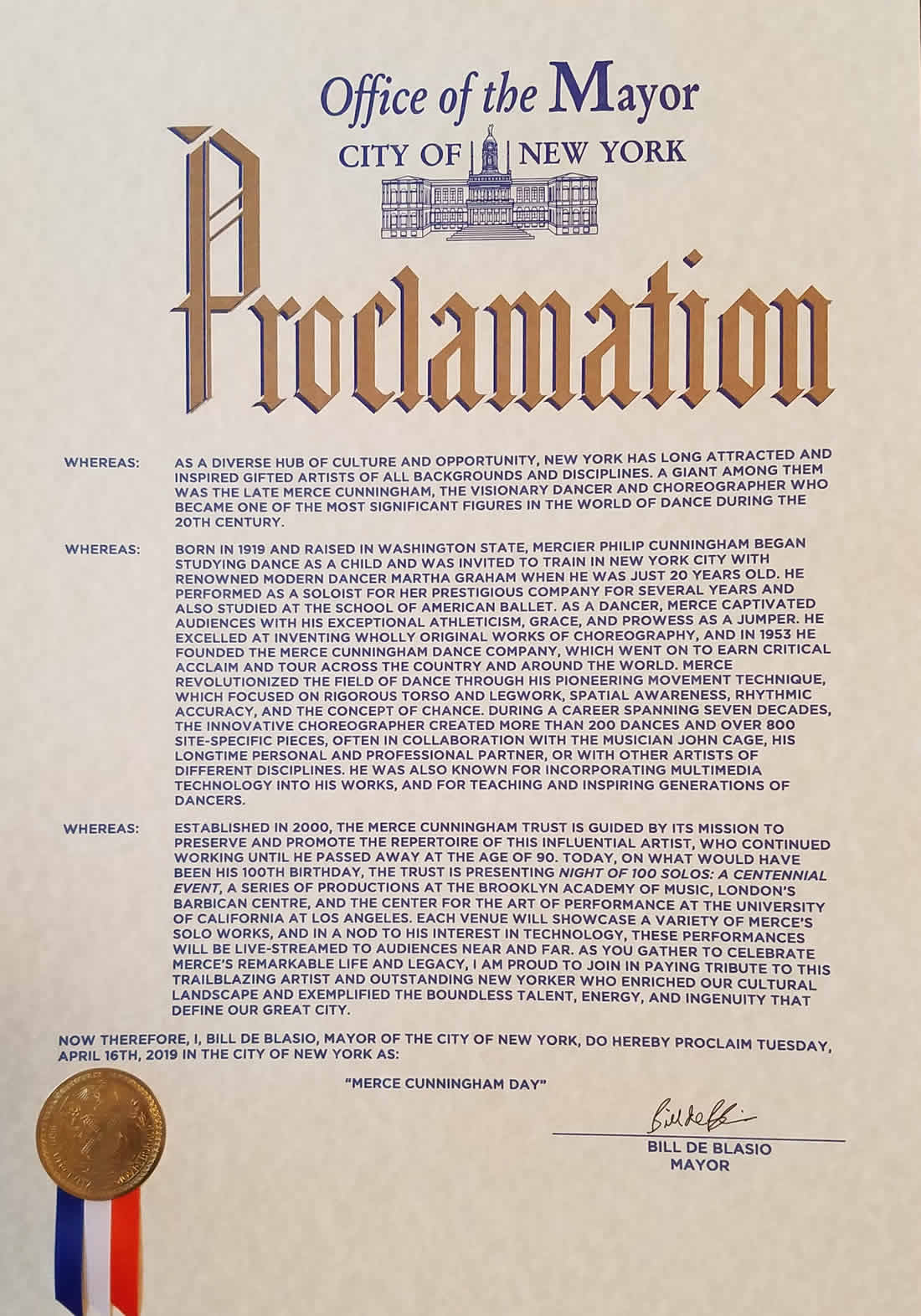